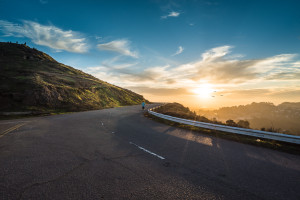 As I mentioned in my last post, technology hasn’t quite figured out how to help make people healthier yet. It seems like everyone is approaching it from one of two directions: on one side, activity trackers are providing mountains of information, but no without providing guidance on what you’re supposed to do with it, on the other side, specific services (running apps, weight loss apps, etc) are giving you plans to do one thing but ignoring the wealth of information available. So your marathon-training app might be doing a good job of helping run faster, but it’s probably not tracking your meals or reducing your run when you miss the bus and walk an extra two miles to work.
Before we tackle the big problem, first I’d like to talk about how I was able to become healthier without using any fitness tracking or even owning a scale.
These three things helped me get healthier without ever dealing with a scale, loss of motivation due to perceived lack of progress, or unhealthy eating patterns in an effort to “make-up” for a bad day.
The important thing to note here is that my goals were things that were 100% in my power, progress was shown to me in a way that provided the best reward (I looked better), and the numbers of the whole thing were all kept out of sight.
And it’s here where technology needs to live if it wants to make a tangible difference. It’s great that we can now track hundreds of different metrics, from sleep, to calories, to heart-rate, to steps. But these numbers are essentially meaningless to the average consumer. Instead of making users do the heavy-lifting, we need those numbers to be reviewed under the hood, while users only get simple, easy-to-follow instructions or prompts on the screen.
The focus needs to be less on “accomplish this and then you’re done”—that doesn’t benefit users or developers, because people will bail once they reach their goal.
So here’s my idea for a platform:
The pieces are nearly all there. I think we’ll see this service or something similar, that alters the entire landscape soon. In the meantime though, I wish that technology companies would stop insisting on running down a dead-end.

Technology and Health: The Problem