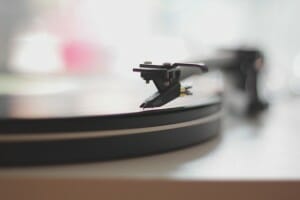 As you might remember, I was pretty bullish on the prospects of Apple Music prior to its launch. I specifically called out discoverability as a key feature that would improve not only the way we listened to music, but the way artists created it as well.

Living with Apple Music for the last month or so, I sat down to write reviews on the service a number of times—and wound up discarding them all. There are tons of people who review software for a living and the issues plaguing Apple Music are pretty well documented: confusing UI, frequent crashing, missing features…it wasn’t quite an epic disaster, but it was hardly the world-changing product that was promised.

I don’t want to call out all the things that I think are wrong with the software here, because fixing program and design flaws is, in the scheme of things, trivial. If Apple Music had a great, but poorly executed idea, then I’d write about possible fixes. But that isn’t the situation. So instead, I want to talk about the bigger issue and one much, much more difficult to fix: the extreme misfire in product strategy—not just from Apple, but from virtually everyone else in the music space as well.

In my opinion, there is a profound misunderstanding in the industry about why and how people enjoy music. When I think back to the days when the music business generated enormous profits, there was a pretty well-defined loop to getting someone hooked on a tune:

Now, I’m not saying that this was the only customer journey around loving an individual song, but it was certainly a key one. However, Spotify, Apple Music and Rdio manage to fumble every step in this process.

Let’s start with the first one: discovery. This one is hard. Algorithms miss the point of music. The fact that a Katy Perry song is played more often than a Ramones song does not make it better. In fact, you squander your credibility with Ramones fans should you keep suggesting Wrecking Ball. This is a big deal. In the days of cassettes and CDs, if you listened to punk and a friend kept trying to get you to listen to Cyndi Lauper, you’d no longer take their advice. By the same token, if your other friend loved punk but suggested 50 songs to you every day, you’d eventually start to ignore him.

Music discovery is very difficult and must be far, FAR more selective. Recommendations only carry weight if they are insightful and correct more often than wildly inaccurate. Services right now are squandering any credibility that they know what we like. I flip through the Spotify and Apple Music suggestions and see hundreds of songs that I dislike. If only one out of every 10 you suggest is on the money, I can no longer trust you.

Music Acquisition is likewise difficult, because these services aren’t built around the idea of ownership. It’s an uneasy relationship where you have a scattered selection of songs you’ve sort of “book marked” tucked away in the corner of an app. Yes, you can save a couple songs, but the experience of flipping through them is so much of an afterthought, that you wind up feeling sort of ashamed. “What—you actually want to hear a song twice??? What are you? Like…a million years old?”

Your music collection used to be your most precious, personal possession. No, that’s not hyperbole. Flipping through someone’s collection was a make-or-break moment in a relationship. It said more about you than you ever could.

A portion of that is because it took work to acquire music. You had to learn it existed, go to a store, find out if they had it, then buy it. The work you put in hunting down all the bootlegs of your favorite band’s most recent tour, or the demo of that guy who’s about to make it big paid off. You flipped through your collection with pride and nostalgia and showed it off to your friends.

Apps need to do a better job of imparting value to your collection. Achievements would be a good start, but more than that—you need your saved section to feel substantial, important and valuable. Not just an afterthought.

Sharing is the last stop on our journey, and the sad, sad “post this song name to Facebook” is not even a pale imitation of this essential piece. Sharing a song that someone hadn’t heard before was a big deal. You were telling someone that they were important enough to hear this very special thing that you, through infinite care, dedication and experienced had picked just for them. Not for them, your former roommate’s girlfriend and that ex-coworker you haven’t spoken to in 6 years. You set it up with an explanation about why they needed to hear it, you called attention to little bits as the song played, and you watched their reaction to make sure that they were suitably appreciative.

That experience, compared to posting a pre-written note to Facebook, is simply not in the same ballpark. And it’s important, because it’s through this last step that songs acquire value. When someone you trust shares something important with you, you automatically attach it with the same significance.

This process is slower than the music services we have now—millions of songs a tap away. But the removal of the obstacles has caused us to appreciate and value music less. It’s a really strange UX problem. Generally our job is to make complicated things easier, however, I’d argue that we’re only doing our jobs if we also make them better. Right now, we aren’t. Music feels cheaper and less important than perhaps ever before in history. We musicians, designers, developers and innovators need to figure out how to reverse this travesty and restore dignity, excitement and joy back to music.

Can Apple Music Change the World?