What’s Next for Nintendo?

I think everyone from my generation has a deep fondness and nostalgia for Nintendo. It’s a company that brought video games into the mainstream, into our homes and into our hearts. Is there anyone born between 1970 and 1985 that doesn’t have fond memories of hours spent playing Mike Tyson’s Punch Out, Super Mario Brothers, or (my personal favorite) the Legend of Zelda? Probably–but if so, they were likely the weird kid down the street whose parents never let them eat chocolate. 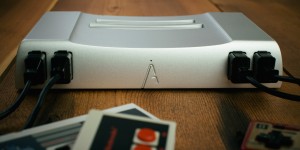 Unfortunately, things aren’t going well for the once undisputed king of the couch. Today, they announced that an already pessimistic wallstreet had under-estimated just how terribly the company is doing, blowing past loss estimates for the quarter. Despite losing roughly $330 million this year, Nintendo is stubbornly sticking with their strategy of…what exactly?

It’s unclear to me why the company decided to abandon cutting-edge gaming. In my eyes, they never even tried to compete with Microsoft’s XBox or Sony’s Playstation–instead they went with the gimmicky “Wii” and a series of low-end handheld systems. Unfortunately, this was a huge miscalculation because Smartphones and Tablets have ravaged the handheld gaming market, while Microsoft’s “Kinect” took motion detection to a level the Wii couldn’t touch.

While pursuing a losing hardware strategy, the company has stubbornly refused to license their vast game libraries for other systems. This might have been a smart strategy back when Nintendo produced competitive hardware, it’s been a huge miscalculation for the long term. Yes, I understand that they want people to buy a 3DS and they think the lure of Mario Brothers will be enough to push them over the edge. However, they’re essentially giving up on a new generation of gamers who get hooked through low-end titles like Angry Birds or Doodle Jump. As my generation matures and family and adulthood begin eating into gaming time, nostalgia isn’t going to be enough to throw down cash for terrible hardware. Our kids, meanwhile, will stare blankly when someone tries to describe the magic of two plumbers stomping turtles and eating mushrooms in pursuit of a kidnapped princess. What’s going to convince kids to buy Nintendo when they have disposable income of their own?

Nintendo is faced with a classic innovator’s dilemma: in their heyday, their new technology brought them quick domination of the market, however, when competitors adapted, the company refused to continue to pursue new approaches out of fear of cannibalizing their current business. So they fell farther and farther behind and are left with fewer and fewer options for resurrecting the company. It’s pretty close to what happened to Blackberry.

However, I’m absolutely fascinated by these situations. The current business strategy is failing. Badly. The only way forward is to change course. And maybe it’s because I have deep, irrational love for the gaming console of my youth, but I see this as an incredible opportunity for the Nintendo.

If I were in charge of the company (unlikely, since my Japanese is terrible), I’d consider at the following strategies:

The point here is that TV Streaming (and streaming Gaming) is still young enough that there is plenty of room to compete, and it’s really just a vessel for getting a streaming video game service in front of people. There’s still plenty of opportunity to compete with Steam, Apple and Roku. And Nintendo has the brand, experience and assets to do so.