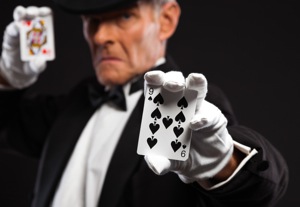 A few weeks ago I sent out a link to an article that focused on so-called “Dark UX” patterns–sites designed to deceive users into making a decision that 1) they probably don’t want, 2) benefits the company more than them and 3) is often purposely deceitful or deceptive. However, a new book, Evil By Design, argues that we should have a broader view of what constitutes Dark UX. Essentially, the author claims that intention counts.

He notes that often people lie not for personal gain, but to make people feel better. For example, a lavender-scented air-spray that parents can buy called “Monster Go Away” to ease night terrors. So it is with Dark UX, the book argues. As long as you are deceiving users to an end that will ultimately benefit them (or society) more, it’s ok.

Ultimately, I’m not sure I disagree with the premise, but the problem (as always) is who decides what’s beneficial or not? There’s a lot of room for interpretation in the argument of what’s beneficial, because often companies think their products and services are more valuable than customers do.

Either way, it’s worth a read.