Why the Apple Watch Makes Me Question My Experiences 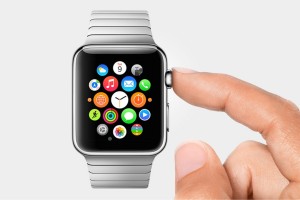 I’m not going to make a prediction about the success (or failure) of the newly announced Apple Watch. Plenty of far more experienced prognosticators have already published their opinions and there isn’t much I can add to that debate. My reaction after hearing Apple’s pitch, was mostly surprise—that either they don’t understand how people use technology (unlikely) or that I have had a really unique experience with using the features that will be bundled into this new time piece.

For example: Siri is the main way to input information and appears to be an essential control to the device. I hate Siri. HATE HER. Again, this is my personal experience—but I’ve found Siri understands me less than 60% of the time. And about 20% of the times she does understand me, she tells me that she can’t do what I want. Add all this to the bugs (for example, I’m always told that I have no unread messages, even when I’ve just received a notification) and the countless times I’ve just received Bing(!!!) search results for “send a new message.” After four years of frustration and expletives, Siri has been relegated to a single function in my life: setting a timer when I’m cooking.

I also just feel like an idiot talking to my phone. Granted part of that might be because I find I have to repeat myself 10 times after which it still can’t perform my request, but I spend most of my waking life at the office. As such, talking to my phone seems rude and disruptive to the people around me. Walking down the street, I feel equally out of place when attempting to talk to my phone. Because of this, swiping and typing are far and away my preferred controls—even if it takes me two seconds longer. The fact that I’ll need to talk to the watch and rely on Siri makes this device a complete non-starter for me.

Next, I have deep concerns about the value of the health tracking functions. I’m a tech-lovin’ guy who works out and runs regularly, yet after about six months, I parked my shiny fitness tracker in a drawer and never brought it out again. Eventually, I wound up giving it to a friend. It’s not that the information about my sleep patterns, steps, calories, and heart rate isn’t interesting for a while—it’s just that they ultimately didn’t mean anything. For example, I could glance at my dashboard to see that I’d only gotten three hours of sleep, but ultimately that information wasn’t any more useful to me than knowing that I was tired. I could check to see how many steps I’d taken that day, but that wasn’t more descriptive than knowing whether I’d skipped my morning run.

The quantifying part of it was neat for a while, but in the long term, it simply became less important than whether I was exercising or sleeping. It didn’t make me want to sleep more or run more, it just provided an added descriptor for how tired I was. Think about it this way: would being in love be more meaningful if you could attach a number to it?

I’m not a professional athlete. I’m not planning to run any marathons. I simply like my routine of being active for the sake of being active. Quantifying the experience didn’t wind up providing any value or motivation to me. Now perhaps I’m an anomaly–maybe most people who work out are secretly doing so because they want to become top-notch professional athletes. And if so, quantifying your workout will be useful.

Style is another issue for me. I’ve read reviews from fashion people telling me that the Apple Watch is stylish, and that may be the case. Style, however, is extremely personal and to me, the Apple Watch is just ugly. It’s boxy, bulky and obtrusive. It looks like it was designed to be cool right at this moment in time, instead of something that could be considered stylish 50 years ago or 50 years in the future. I tend towards minimalism with my watches (yes, I still wear one almost every day) and the Apple Watch just doesn’t do it for me. For the money of the mid-tiered Apple Watch ($599), you could get a very nice used Omega, TAG Heur, Seiko or Movado. And it’s something that will still look nice next year after the Apple Watch 2 comes out.

This brings me to my last gripe: Obsolescence. In two years my iPhone will be painfully slow, buggy, incapable of running the latest apps, and fail to hold its battery charge for longer than a few hours. And my iPhone has much better components than the ones they’ve crammed into the watch. Through years of use, we’ve all more or less agreed on the expected age of our gadgets: Computers are good for about 5-7 years, Tablets for 3-4, and Phones for 2-3…but watches start out with worse CPUs, less RAM and smaller batteries than any of those other devices. What’s a realistic life-expectancy for the device? 1 year? 2 years? This begs the question: why should I buy an Apple Watch when the same money would net me a watch that will still be running decades from now?

Notice, I’m not talking about all the benefits that the Apple Watch brings: better notifications, easier interactions, new and faster communication…these are nice, no question. But when I balance these pluses against the over-powering drawbacks listed above, it simply isn’t worth it for me.

Unsurprisingly, I won’t be buying one. It doesn’t meet my needs. But Apple, clearly, believes that my experience is out of the norm. They think that Siri is magical, that data is transformative, that style is universal and that upgrading is simply the cost of owning a lifestyle defining device. Apple will surely sell a decent number of watches. Some people will even find them life-altering and excellent. But I just get the feeling that I’m not the target audience and that the company believes I’m in the minority.

This leads me to my point: are my experiences really so far from the norm? Do most people love Siri? Do metrics and data bring meaning and motivation to the lives of most people? This is a process I have to do every day as a User Experience Designer. I need to fundamentally question how my experiences differ from those around me and the public at large. However, it’s rare that I see a product from Apple with a target audience so unlike myself.